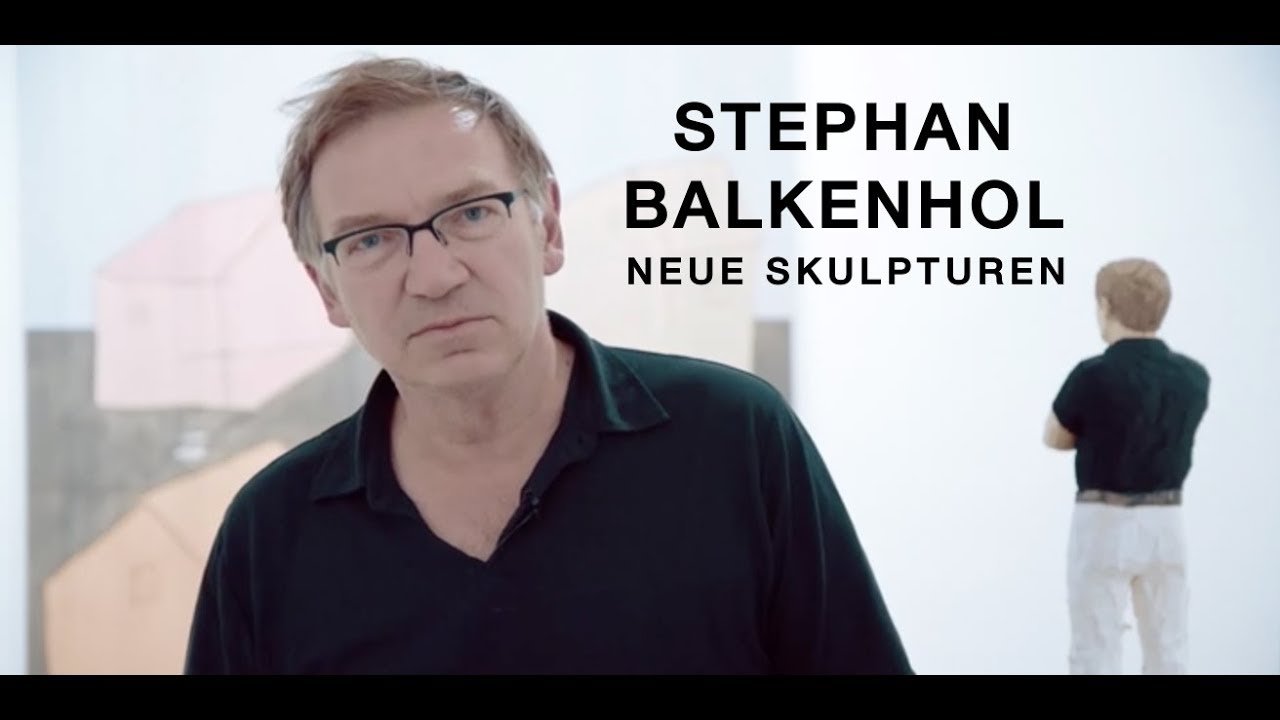 During his studies with Ulrich Rückriem at the Hamburg Academy of Fine Arts (1976-82), Balkenhol had already decided on figurative work. In view of the conceptual strictness and minimalism of his teacher's works, and the dominance of abstract trends in sculpture in the 1960s and '70s, this was by no means a matter of course. His first coloured wood sculptures, created in 1982 and 1983, evinced a typical Balkenhol style, which continued to develop over the ensuing years, gradually expanding to include a growing body of themes. An archaic, expressive treatment of the wood is combined with the representation of human, animal or fantastic figures, either frozen in unpretentious poses or involved in everyday, emotionless interaction. Despite precise coordination of the proportions, the wood remains as roughly split, carved material. The creatures depicted are either over- or undersized – never their natural size. This method of alienation creates an interesting field of tension: while from a human angle the figures seem very close, they are spatially detached and far removed from reality. In addition, Balkenhol's figures are not associated with any particular milieu, and are not to be regarded under social aspects. Their content is open and neutral, and they convey no other message apart from that of their own presence.

On the one hand, with his commitment to banality and playfulness Balkenhol demonstrates an affinity with Pop Art, and with his insistence on autonomy and self-referentiality a kinship with Minimal Art. On the other hand, in his endeavour to liberate sculpture from political, religious or allegorical implications, he stands in the tradition of sculptors such as Aristide Maillol, Georg Kolbe or Wilhelm Lehmbruck.