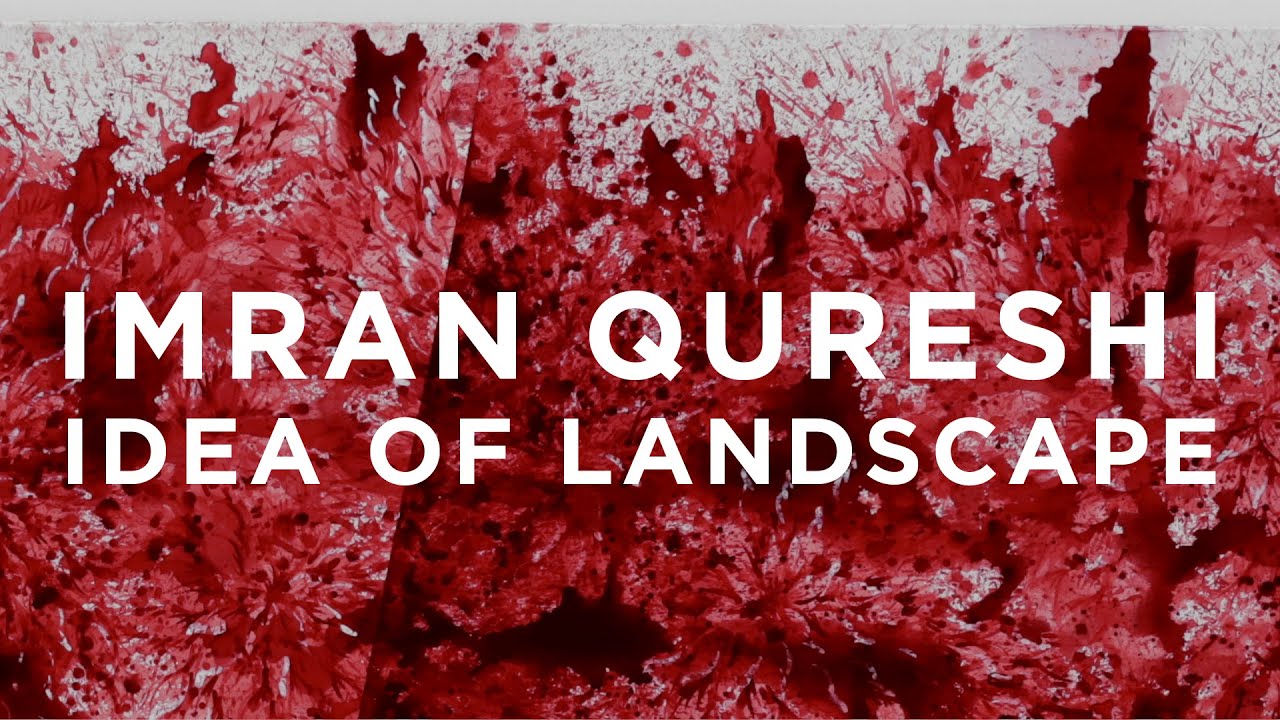 Idea of Landscape brought together a series of Imran Qureshi's paintings, works on paper, as well as a video, which explored the dialogue between life and death. Leaves and nature represented the idea of life, whilst the colour red (that appears at first glance like real blood) represented death. The red also reminded Qureshi of the situation today in his country, Pakistan, and the world, where violence is almost a daily occurrence.  “But somehow, people still have hope,” Qureshi says “hence the flowers that emerge from the red paint in my work represent the hope that—despite everything—the people sustain somehow, their hope for a better future.”

Mapping the idea of landscape, Qureshi’s floral ornaments covered canvases and penetrate spaces like vines. The permeability that borders, spaces and bodies experience in the wake of a violent attack, was also a metaphor for social structures, that interact with the nervous system. The work conjured up the vulnerability of the body as well as the social membrane bringing to life the arteries of our existence.

The titles of his works reflected not only these metaphors but also social and cultural connotations. And They Still Seek the Traces of Blood was taken from a poem by the Pakistani poet Faiz Ahmed Faiz, whose lyrics Qureshi heard on the radio as a child. It was about people who are buried without being honoured or without the circumstances of their death being investigated.