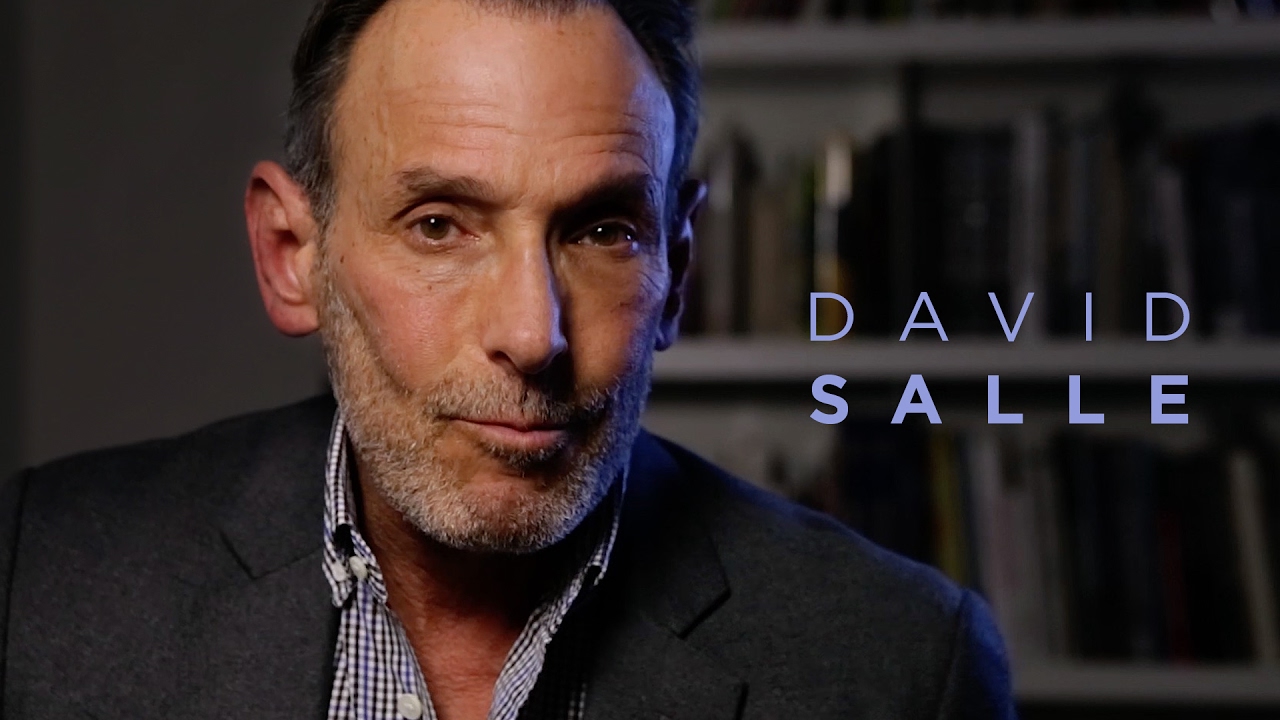 Immediately eye-catching, the works in David Salle's New Paintings exhibition combined a vibrant palette with a dense and dynamic composition. Salle juxtaposed shapes and heterogeneous images that link the photographic to the painterly, while creating disruptions between black and white areas and bold colour tones. As a whole, the painting gave the impression of a visual collage and marks a step forward in the development of the American painter’s practice.

“Ever since I started painting, I have tried to get the fluidity and surprise of image connection, the simultaneity of film montage, into painting.” – David Salle, 2003

Following this new impulse, David Salle explored a more direct and gestural relationship with the very matter of painting and colour, to the point of freeing it from all forms of representation. The works on paper were originally based on enlargements of 1960s Life Magazine pages dating back from the artist’s youth. David Salle then painted on it until the source image disappears. The recurring motif associated with this series was freely inspired by the Project for a Monument to Guillaume Apollinaire conceived by Picasso in 1928 to pay tribute to his deceased friend. The sculpture represented a standing figure; arms outstretched forward, which seems to hold a disc. The metal rods circumscribed an empty space and create a transparent work, without material consistency.

Although David Salle’s practice generally relates to figuration, these new paintings clearly showed his long-standing interest in a principle of equivalence, or even reciprocity between images and abstraction, between the motif represented and the means by which it is accomplished. The artist explored the tacit link that binds our gaze to the image. His visual vocabulary eventually leads to absurd relations and initiate a dynamic, autonomous of any convention. The process gradually gives elasticity and lightness to the pictorial space until the different layers of our collective consciousness are revealed. The recent paintings were imbued with irony and, as the artist says, “make vivid the strangeness of being alive today”.