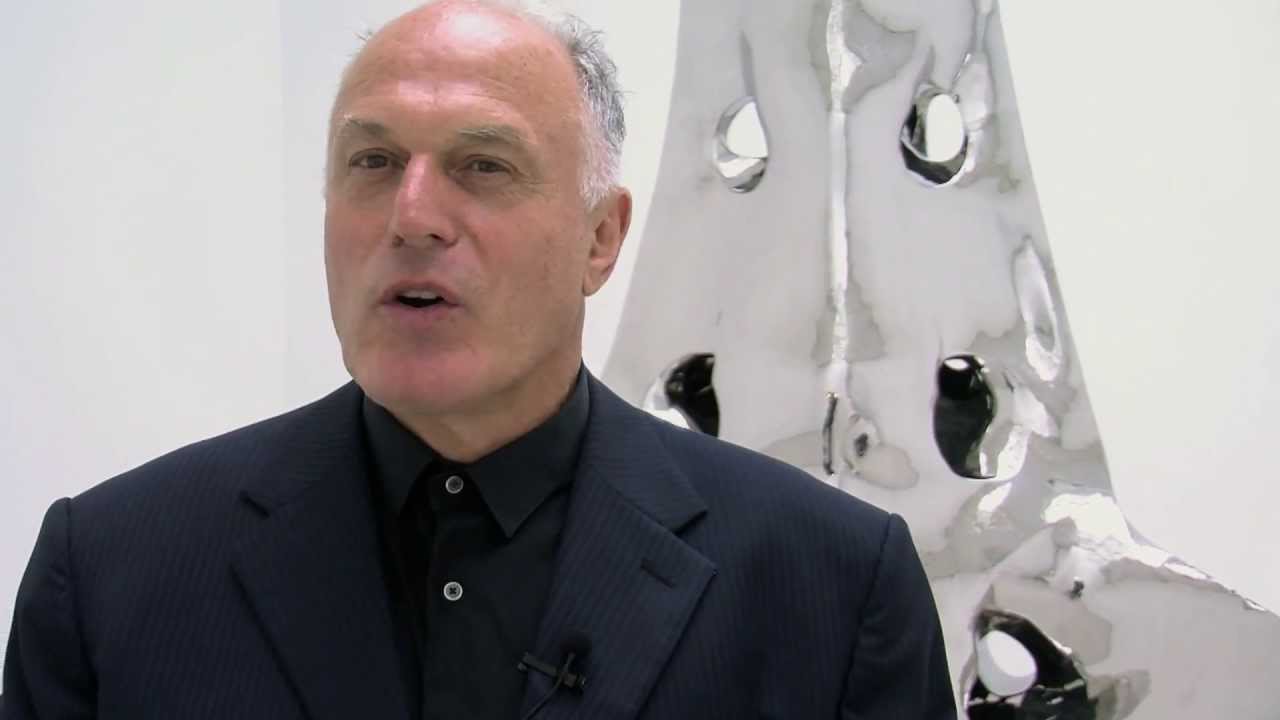 Through the years Vital continues to surprise his audience. This element of surprise is manifested in the exploration of different materials, people and places. Vital's curiosity for the world can be observed in particular periods throughout his career: he has spent time with third-generation Venetian glass blowers in Murano, Tuareg silversmith tribesmen in Niger, papermakers in Bhutan.

In this exhibition, one could've seen the influence of China, and specifically, Beijing. Since 2008 Vital had spent five months per year working in his studio in the Caochangdi district of Beijing. Here, he discovered exceptionally skilled and creative stainless steel craftsmen - Tongue was made in a foundry on the outskirts of Beijing. The stainless steel was crafted by hand, rather than cast. The complicated, arduous and lengthy process was an important part of the work, resulting in a smoothly polished surface that is highly reflective.

The theme of the tongue has been present in Vital's work since 1985 when he was in Lucca working with Carrara marble with local craftsmen. In Lucca, Vital bought a few cow tongues at the butcher's and cast them in bronze. The form - raw, elegant, erotic - pleased him while the transformation from daily commodity to high art object is equally significant. Vital has since simplified and enlarged the tongue to various heights, using different materials (white marble, black marble, plaster, silver and stainless steel). The tongue as a form becomes iconic in Vital's work, yet the meaning remains ambiguous. Beautiful, yet brutal with its implication of slaughter, each Tongue has an individual presence. The stainless steel Tongue moves away from its initial form and meaning, coming closer to a totemic, architectural structure.

Although Vital spent much time in Beijing, his Swiss roots prevail at certain creative moments. Piz Nair (Romantsch for 'Black Mountain') consisted of a mountain-shape carved into a block of Chinese coal. Piz Nair is one of the most famous mountains in the Engadine, the area that Vital is from. It is thought-provoking that the scale of a huge mountain was reduced to a relatively small sculpture, whereas the scale of the Tongue is vastly increased. The tension of scale, and the presentation of a somewhat topsy-turvy world, focuses the audience's attention on material and form. Coal is unconventional as a material for sculpture, but takes on a political significance in the context of daily life in Beijing - where coal is burnt across the city to provide fuel, often in dangerous and hazardous conditions. Lastly, the sculpting of a mountain - solid and strong - in a material that is brittle and fragile, is in keeping with Vital's tendency towards the bizarre or surreal.

The works in this show were varied in material and content, yet were held together by a strong sense of the artist's vision, striving to find ever-new ways of expression and form-making. Working with different craftsmen and the influences of high and low culture in Beijing, Vital created a sophisticated and captivating body of work with cerebral concerns and physical integrity.